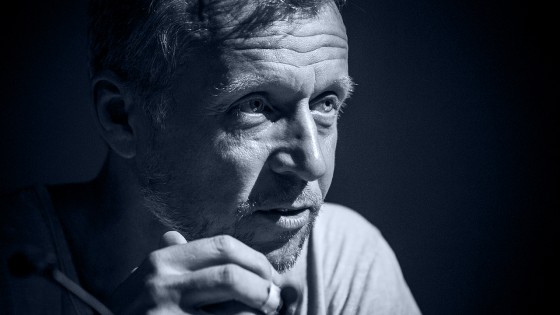 Martin Reiner: Reiner, One in a Million

Born in 1964 in Brno, Martin Reiner (Martin Pluháček to 2006) spent six years in military schools and tried his hand at various professions. In the years 1992–2005, he directed the publishing house Petrov and oversaw the publication of over 350 books, mostly original Czech prose; in 2006, he became the director of the publishing house Druhé město. He is well known for organizing and promoting various cultural events – e.g. slam poetry events, the Poetry Without Borders festival, the Boat of Writers project, the Neon magazine, and many others.

Martin Reiner is the author of several feuilletons (Plachý milionář přichází [The Shy Millionaire is Coming], 2006), poetry collections (e.g. Hubená stehna Twiggy [Twiggy’s Skinny Thighs], published in 2010) and novels. The novelette Lázně [The Bathhouse] (1998) was followed by the novel Lucka, Maceška a já [Lucy, Maceška and I] (2009), the novel Básník [The Poet] (2014) and the short story collection Jeden z milionu [One in a Million] (2016).