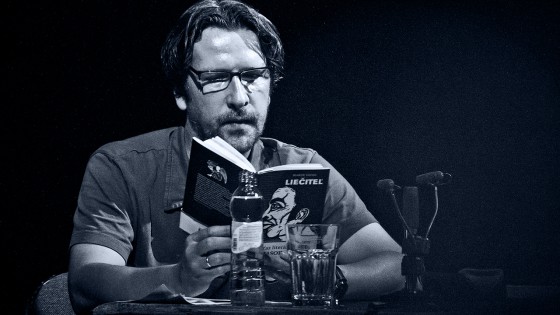 Born in Košice in 1971, Marek Vadas studied aesthetics and Slovak language and literature at the Faculty of Arts of Comenius University in Bratislava. He travelled around Africa for several years and is adviser to the king in Nyenjei, Cameroon. He works for The Centre for Information on Literature and has a keen interest in canistherapy. He writes for children as well as for adults. Marek Vadas's first novel, Malý román [The Little Novel], was published in 1994. He has received two literary awards, one (The Slovak Bibiana Award for Best Children's Book) for his 2004 collection of fairy tales Rozprávky z Čiernej Afriky [Stories from Black Africa], the second (Anasoft litera), for his short story collection Léčitel [The Healer], published in 2006. His most recent work is the short story collection Čierne na Čiernom [Black on Black], published in 2013, and the children’s bookÚtek [Running Away], published in 2016.