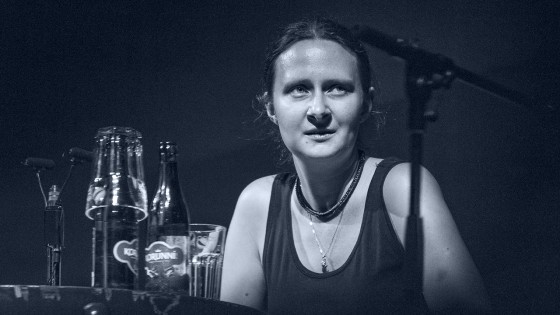 Anna Bolavá: Down into Darkness

The writer Bohumila Adamová, who writes under the pen name Anna Bolavá, was born in Strakonice in 1981. She holds a degree in Czech language and literature from Charles University in Prague, and has worked at the Institute of the Czech Language of the Academy of Sciences. Today, she is an enterostomal consultant and a photographer of agricultural machinery. In 2013, Bolavá debuted with the poetry collection Černý rok [The Black Year], soon followed by the novels Do tmy [Into Darkness] (2015) and Ke dnu [Down Below] (2017). ‘As the first frost appears with the last days of November, a woman’s body is found in the swamps at the edge of the town,’ reads the back cover of her most recent work. ‘It is the wife of the local doctor, Marek Diviš, and the town is soon abuzz with speculation, rumours and gossip. The lives of the characters cross and sparkle like the power lines in the fields outside town.’